Powerlink’s identity revolves around the needs of our customers

Who we are, how we do it and with what. Our certifications and resources are important tools that allow us to deliver work class healthcare support services,

Powerlink’s executives believe strongly in continuous improvement in their operations and continuous learning by their entire team. They hire and train the best service professionals in the industry, and they subscribe to the highest standards of customer service – as taught by the Ritz-Carlton organization. Powerlink cares about the people who work for the company, the clients it serves and the communities where they live and work.

With headquarters in Warren, Michigan, Powerlink’s professional service staff is seamlessly integrated at customer sites around the United States and Canada.

Chief Executive Officer and Chairman of the Board of Directors 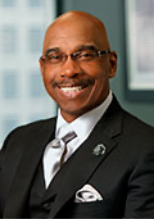 Link Howard III, Chairman of the Board of Directors and Chief Executive Officer of Powerlink Facilities Management is a successful entrepreneur, devoted leader of a Christian congregation and dedicated community leader. His path to achievement started in Detroit as a high school graduate, and it led him to a career as a military police officer serving during the height of the Vietnam War, into management in the private sector back in Michigan, and then to the launch of what has become a 400+ employee company operating in several states and Canada. Throughout his career, Howard has achieved success by motivating others to do more than they thought possible.

When Howard graduated from high school he enlisted in the Air Force and was trained as a military police officer. He served in Vietnam, and when he returned he stayed in the federal service. Until 1997, Howard worked in military law enforcement and was the Equal Employment Opportunity Manager, primarily at Selfridge Air National Guard Base. During that time, he also attended Northwood Institute, and Anchor Bay Bible College. In 1987 Howard became pastor of Faith Christian

Community Church in Port Huron, Michigan. From 1987 until he left the federal service, Howard was Equal Employment Opportunity Manager for all Air National Guard civilian employees in the U.S.

Howard took an opportunity to work in the private sector at an automotive supplier in 1997, and he quickly rose through various sales and operations positions to become an operations manager, and ultimately a Vice President for Sales and Marketing, for Venture Industries. In 2002, Howard took what he had learned about leading and teaching others to form his own temporary staffing company, supplying primarily in the automotive sector. By 2003, Howard realized some automotive supplier customers were in financial trouble, so he re-launched his company as Powerlink Facilities Management with a focus on providing building management services to business customers, rather than temporary staffing. He also acted quickly to find customers outside the automotive industry. Part of Howard’s success has been bringing the discipline of continuous improvement and rigorous metrics from manufacturing into housekeeping, groundskeeping and general facilities maintenance. Powerlink is an ISO 9001-certified company.

As he continues to lead Powerlink, Howard maintains his strong sense of faith and community by serving as pastor of his congregation, leading mission trips to Africa and providing educational opportunities for youth in Detroit and Flint. He is also an avid sports and fitness advocate, a husband for 38 years, father and grandfather. 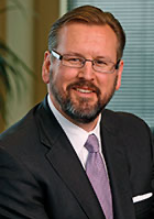 Scott Rice, President and Chief Operating Officer of Powerlink Facilities Management started his career while attending college job coaching special needs students in a packaging consumer products for a small manufacturer. He was so successful at implementing process improvements that he soon began consulting for the company making other parts of the operation more efficient. Rice completed his undergraduate degree in business administration from Walsh College while he worked full time.

Before he joined Powerlink, Rice also succeeded in turning around two plastic injection molding plants in the automotive and consumer products industries. Rice managed capital investments in new equipment and cut the workforce to a size that matched the volume of business and new efficiencies in processes. He shed contracts that were not profitable and applied metrics to gauge quality, productivity and customer satisfaction. A combination of new equipment and employee suggestions cut the time to change molds by 80%. When space opened up as inventory was trimmed, it was used to build capacity. As a result of the turnaround, plants that had been losing money exceeded company targets by achieving a 38% contributed profit margin.

Rice joined Link 2 Technologies in March of 2003 and helped Link Howard launch Powerlink Facilities Management Services in August of that year. Starting with just one customer and 20 employees, Powerlink has grown to nearly 400 employees working at health care, manufacturing and utility facilities in the Midwest and Southeast United States and Canada. Rice has had responsibilities in every facet of the operation, from sales and marketing to operations, and he now serves as Powerlink’s Chief Operating Officer.

For the past 15 years, Rice has coached many high school and youth basketball teams. From this experience he has gained a strong appreciation of the tremendous need for involvement with youth in our community. Rice actively supports Powerlink’s educational and community initiatives focused on improving opportunities for youth. He leads a summer entrepreneurial workshop for Kettering University AIM (Academically Interest Minorities) program and supports local youth mentoring organizations. Rice also serves on the board of Winning Futures, a youth mentoring organization based in Southeast Michigan.

Powerlink is a service-disabled Vietnam veteran-owned company that started in 2003. Now in our third decade of service, our Company utilizes its extensive training program and focuses on strong best-in-class processes to deliver support services to senior living and healthcare organizations. Our Company has the honor of serving veterans in Michigan and Maryland each day. From food and nutrition to housekeeping, laundry, and maintenance, Our Company creates a caring environment where residents and patients feel truly special. Our Company knows that you have many choices and we would be truly honored to have the opportunity to serve our veterans. We take the time to share a kind word while still delivering world-class support services, Our Company is a partner that can be trusted to support the mission of your organization. We believe that each facility that we serve has a unique personality and that service needs to be customized to meet their needs.

Powerlink invites you to download one of its 5S handy Lean Thinking wall posters to help remind your team how to prepare their workspace to be more effective and efficient.

The history and evolution of Lean Thinking throughout its evolution is important and reinforces the importance of how to think about what every employee is doing.

Our engagement process determines whether we fit

A contractor relationship always is most effective when the philosophy of both companies are vested and determined to be aligned and fit well together.

Powerlink manages all of its business utilizing a similar strategy that determines what quality of service and training is expected and how best to deliver our services to guarantee satisfaction.

Powerlink invites you to download one of its SMART GOAL Lean Thinking wall posters to help remind your team how to prepare the goals they are working towards.

Powerlink invites you to download one of its MUDA Lean Thinking wall poster to help remind your team how to reduce waste and categorize its appearance and strategize how to reduce it.

In healthcare, priority is always set on the patient’s comfort and health. In order to achieve this goal, the highest quality linens must be professionally cleaned to make sure germs and possible toxins have been removed

Powerlink can assist in solving healthcare facility management problems by partnering with you. Whether you try solve your problems internally or count on us to manage the solution, we can help

Powerlink brings world-class management strategies to the challenging veteran’s home market. We deliver the finest array of techniques and services designed to deliver more successful results to owners and residents.

The growing Senior Healthcare market requires differing levels of service for each care profile. From Independent Living to Skilled Nursing Care, we have service and dietary program to meet all of our client’s needs.

The ever increasing cost of delivering quality services in the global hospital market has applied unusually high pressure on the way effective patient experiences are delivered and what is the true cost of every service and its quality.

Increasing demand for outpatient care and its efficient care delivery drives the competitive nature of delivering more enjoyable patient experiences while enhancing cost containment and enhancing the  consistency of services.